Your shopping cart is empty!

Let me help you spend some money :)

What Makes a Good Computer

Buying a computer is a big decision. Sales consultants are always eager to help you in stores such as Office Depot, Staples, and Best Buy. They want to ensure you get the laptop that is best suited for your needs. One with the best memory, the best storage, and so on.

First, let's talk memory. Commonly referred to as RAM, or, Random Access Memory, this is the component that lets you multitask smoothly. To put it simply, the more of this you have, the more things you can do concurrently at the same time. This allows you to multitask on computers, phones, tablets, etc. You may have noticed at one time or another that when you open a lot of apps on your phone, when you switch back to them later your progress or what you were doing in those apps may have been lost or "refreshed".

Google Chrome is a perfect example, as when you are running low or running out of available RAM, switching back to the Chrome app on your phone may cause your tabs to reload/refresh. That's because the memory that was originally holding your tabs was swapped out for a different app. This can happen on laptops and desktops too. If I opened a bunch of programs while writing this blog post, then tried to switch back to writing this later on, my progress may be lost because Chrome will reload the page because of lack of memory. My computer and Chrome knew I wasn't actively using the browser, so it allocated more memory to what I was using, at the expense of losing all my progress on my blog post.

A general rule of thumb is that more RAM is better. 2GB-4GB is pretty standard for your base models, but if you can afford a tad more, 6GB is better for home/office/business use. If you need a PC for gaming or video/audio editing, 8GB or more would be ideal.

Next I want to talk about the processor, which is essentially the brain of the computer. These chips do just about everything depending on the computer. They perform calculations, run the code for your programs, and even output the graphics on your screen sometimes. Typically you always want more bang for your buck, so getting at least an Intel Core i3 is ideal for home/office/business use. Intel Core i5 processors are better for gaming and things such as audio/video editing, and Intel Core i7's and i'9s are meant to perform even better.

I want to be very clear in stating that the processor is a huge factor in determining PC speed, but this next one is just as big.

Are you ready? Because next is storage. Do you hate when your DVD's or Blu-Rays skip when watching a movie? What about those long load screens in disc-based video games? What if I told you hard drives are basically glorified discs? Chances are, the reason why your PC is slow is because you have a mechanical hard drive, which is limited by the mechanics of a needle moving across a platter, sort of like old-time record players. While these drives are cheaper and offer higher capacity than other options, the physical limitations of how fast a disc can spin can really bog your PC down when you try to open apps/programs/games. But fear not, there are alternatives.

Solid state drives, or SSD's, are non-mechanical solutions. They store electrons on a chip instead of write to a physical disc. The only true limitation is the speed at which your computer itself can read files from these drives, and there are still limitations. You're still dealing with physics. Electrons can travel fast, but they still need to travel through your computer's motherboard/daughterboards and reach your processor so your PC can open the thing you just clicked on. But in general though, upgrading from a mechanical drive to a solid-state drive is the single, most cost effective way to revive an older PC. Windows will boot in seconds, not a minute or two. Programs like Word, File Explorer, and others will open almost as soon as you click on their icon. And overall, your computer will not slow down as often over the course of time.

Now then, the reason why all computers don't have an SSD has to do with price. In recent years, they've dropped significantly, but they once were very expensive. Even with the lower prices today, they aren't for everyone. SSDs are very reliable and are built for business, but mechanical drives are still OK and fast enough for home/office/business use.

So what makes a good computer? The answer is, it depends. It really, truly depends on what you'll be using it for, how you'll be using, and what kinds of programs you intend on running. Many people don't need an Intel Core i3 even. Many people could get the "crappy" Intel Celeron or Intel Pentium processors and be perfectly fine so long as they install an SSD. Chromebooks are very popular and don't have the most powerful processors, but they are fast and energy efficient because they use SSD's and have at least 2GB-4GB of RAM or more.

If you ever need buying advice, please do not hesitate to contact me; my phone number and personal email are posted on the site.

Thanks again for reading. Hope you learned something new!

It can be interesting 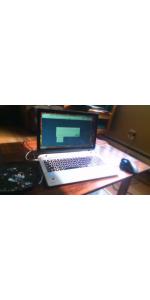 Getting a Good Value on a Refurbished Computer / Why Buy Refurbished??

Hello everyone, and welcome to the XBit blog, where myself and perhaps others will be posting on occ..